Gemma started violin and piano studies at Marsden Primary and began conducting at age 15. She was student Head of Music in 2004 and went on to gain a BMus(Hons) at the University of Canterbury and New Zealand School of Music. She later earned a graduate degree in music from Baltimore, Maryland's Peabody Institute.

A rising star in the musical firmament

Gemma returns periodically to New Zealand as a guest conductor with the NZSO and also makes time to visit and inspire a new generation of Marsden music students. 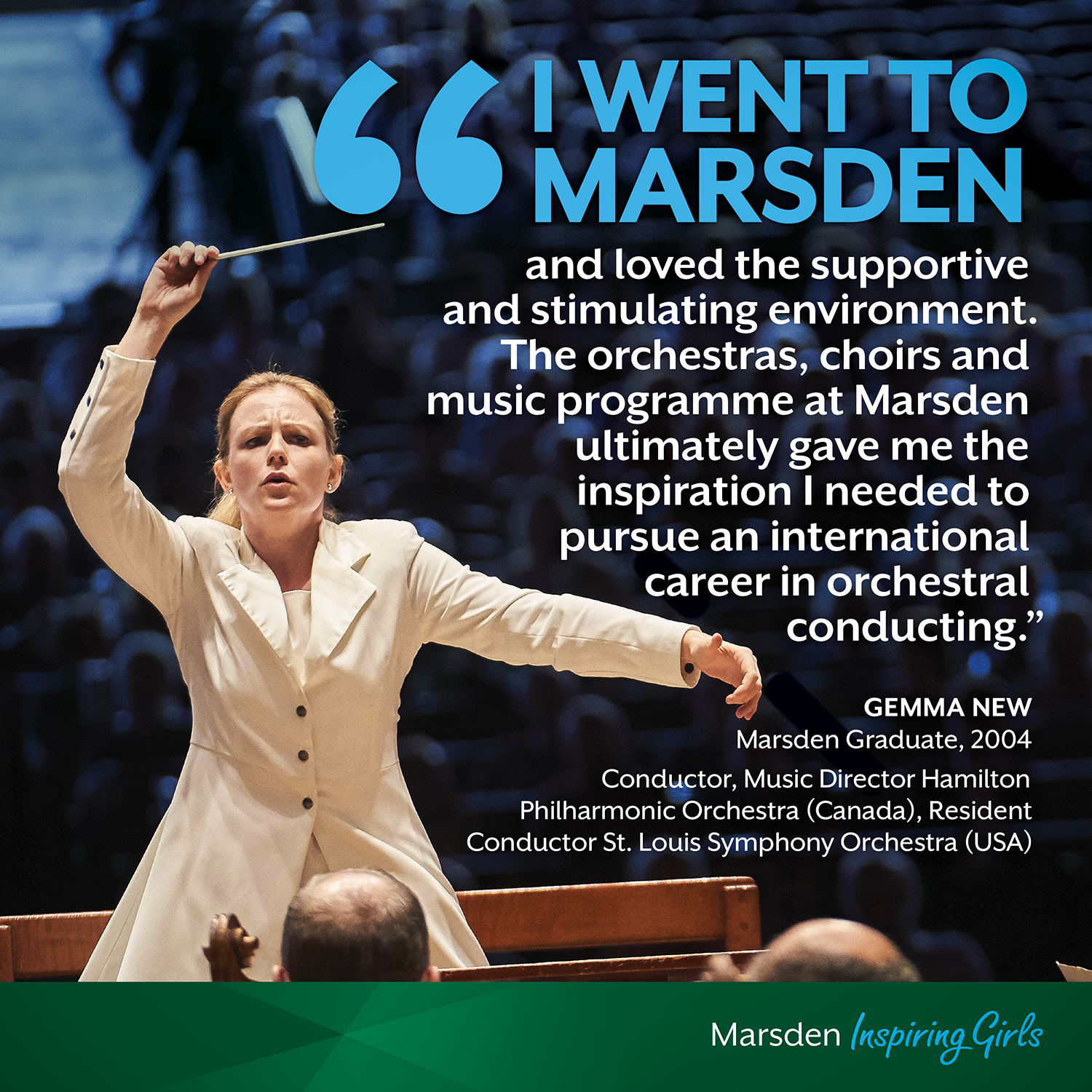