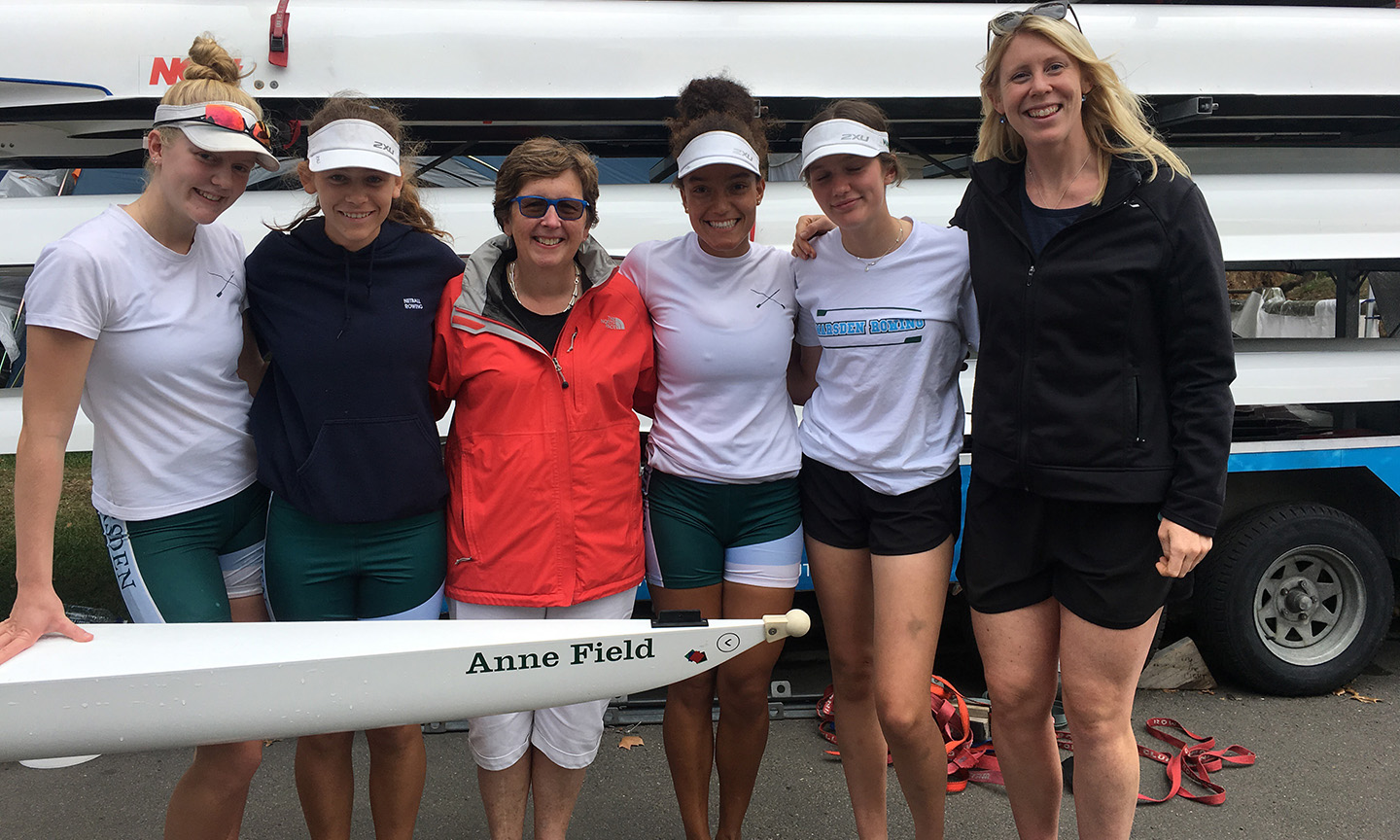 Pastoral Director, Anne Field and Rowing Director Rachel Gamble-Flint with U15 and U17 rowers

Rowing Director, Rachel Gamble-Flint is very proud of the Marsden rowing girls, she said "their behavior, support, and care for one another was exemplary" during the week-long Aon Maadi Cup regatta at Lake Karapiro. It is New Zealand's largest rowing regatta with 2000 competitors from 120 schools competing and around 10,000 spectators watching from the banks.

Top performers U15 double sculls and U17 double sculls (Laura Hausmann, Rosie March, Georgia Rich and Madison Taylor pictured above) reached B Finals in their events. Both crews were racing in the new 'Anne Field' boat purchased late last year and named in recognition of all the incredible support Pastoral Director Anne Field has given and continues to give to the rowing club.

One particular highlight of the regatta was the fiercely contested Maadi Mascot Competition! Ellie Morrison did a fantastic job as Marsden's Sammy. She was really put through her paces by the judge and the other girls in the squad were vocal and enthusiastic supporters throughout the competition. Well done.

We also want to acknowledge the fantastic support we have behind the scenes. Thank you to our rowing coaches and the Marsden parents who put so much effort into making sure our girls hit the water well prepared.

Congratulations on a great Championship!