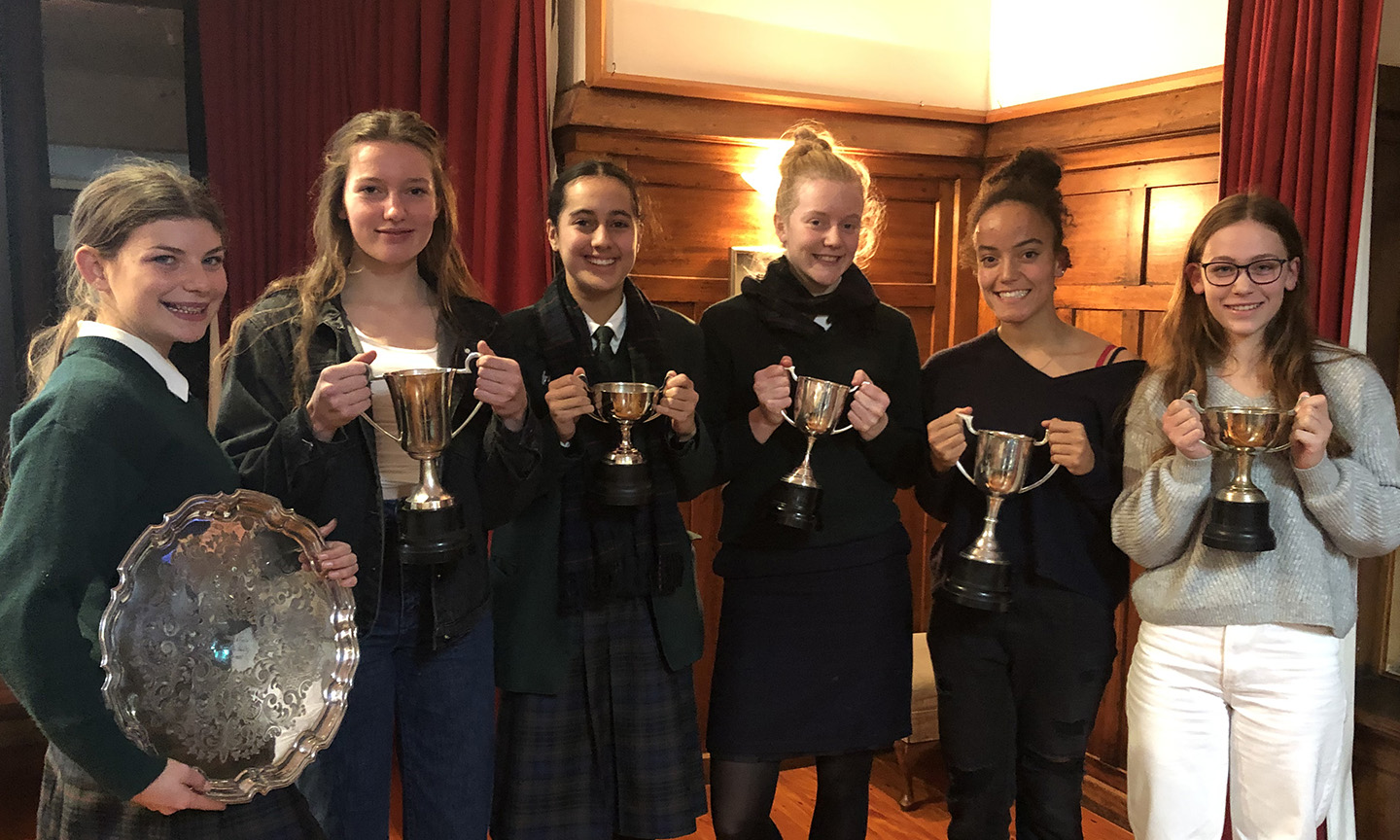 Congratulations to the dedicated group of girls recognised at the Marsden Rowing Prizegiving Awards . Here are the awards as they were announced last night.

This season Laura has become unrecognisable to the rower she was in her first year. Her fitness and rowing technique have improved through hard work, determination and love of competition. She has developed a race mentality and learnt to control her breathing magnificently. Laura’s highlights of the season include making the GU15 double A final at NISS and B final at Maadi with her doubles partner Rosie Marsh.

Eva has been an outstanding addition to the squad since her first day at LTR. Always enthusiastic, organised and focused, she has set a high standard for her peers in been one of the fiercest and simultaneously happiest competitors out on the water.

Rosie has shown outstanding commitment and persistence in her approach to training and racing this season. Always giving 110% and encouraging those around her, Rosie is yet another one of our rowers who has set a brilliant example to her peers. Her results this season were a reflection of her efforts and very well deserved, and her highlights of the season include making the GU15 double A final at NISS and B final at Maadi with Laura Hausmann.

Ellie has developed her coxing beyond recognition this rowing season. Keeping a cool head and complete control of her crews, she has exhibited excellent leadership, positivity and tactics in pressurised situations. Alongside the responsibilities of coxing, Ellie has taken on the challenge of rowing a novice season herself, staying positive and enthusiastic through busy regatta and training days.

Georgia Rich and Madison Taylor in the GU17 double. With consistently outstanding performances at Nationals, the KR regattas and Maadi Cup.

We would also like to mention the fantastic support our rowers have had throughout the season. Director of Rowing, Rachel Gamble-Flint has been a fabulous coach and mentor but sadly we must say farewell as she moves to Cambridge, to take up a job in the heart of rowing country. Rachel has led our rowing team to some amazing successes including our first ever medal at Maadi. Young Old Girl, Issie Warner (Y13, 2018) has worked extremely hard as assistant coach while continuing as a single rower and our Marsden Rowing Committee and parents have given dedicated and unfailing support. This coupled with our girls' enthusiasm and work ethic is why they improve so much each season, 'thank you, everyone!'