Space School 'Out of this World' 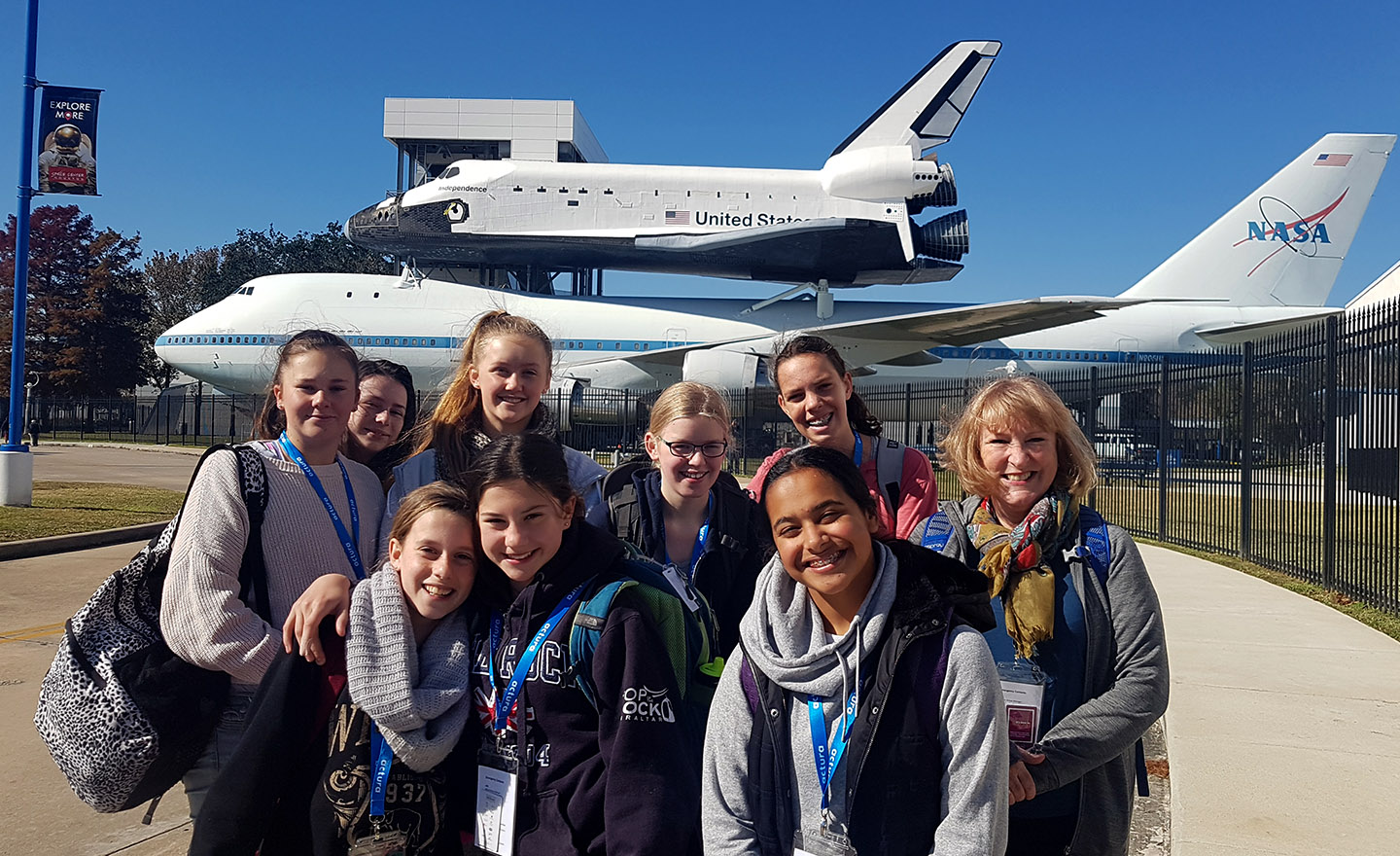 The CASE Space School International Study Program provided 9 Marsden students with a once-in-a-lifetime opportunity to explore space and science at NASA, live like astronauts, and learn skills in one of the world’s most profound and inspiring STEM environments. From all accounts, the 2 weeks that Lucca Bridgman, Olivia and Madison Farrelly, Emma Groom, Sophie Kennedy, Natalie More, Caitlin Stapleton, Tabea Ulrich and Amy Riddle spent in the USA were quite literally 'out of this world!'

The Junior Space School Program was split into two parts, with the first week spent in Houston, Texas. Highlights included, the very realistic simulated missions experiencing what it was like to be in the space shuttle and be dropped off at the orbiting International Space Station, as well as learning from the brightest minds at NASA. They were inspired by Nicole Stott, a NASA astronaut and engineer who completed two space flights and spent 104 days in space working on the international space station and the space shuttle. Sophie said: "It so interesting to hear from a woman in a field that was originally dominated by men. Nicole was a great speaker who gave us all the message to take on as many opportunities as we can and to follow our dreams!"

At the Johnson Space Centre they saw lunar samples, space capsules and robots, while at the Health Museum they had the opportunity to identify blood types, cells, enzymes and extract DNA. Dissecting a shark at the Museum of Natural Science was another highlight (once they'd got used to the smell!) Our girls were interested to note that the inside of a shark is very organised, everything is tidy and put together like a jigsaw.

Lucca remembers astronaut training in the gyroscope "I was very very nervous because I was one of the last people to get on the multi-axis trainer and I had spent a lot of time watching the others - I really didn't want it to go fast! But actually it felt unbelievable; while you did feel as if you were turning upside down, sideways, round and round, you didn't feel sick! This is because the gyroscope was designed especially to maintain your centre of gravity in one place at a time." Important if your capsule goes out of control reentering the earth's atmosphere!

The second week was spent in Huntsville, Alabama at the US Space and Rocket Centre where the main focus of the week was to live and train like astronauts. Students lived in 'pods' which are very basic rooms with only bunks and one table. They shared showers and ate in the astronauts' cafeteria. Being stationed where astronauts trained was an amazing experience. Madison particularly liked the missions they undertook. Sending a rocket into space, with limited training time, seemed very 'real'. She said "The missions were very stressful because you had to make sure nothing when wrong otherwise the whole mission would fail."

Meanwhile, Amy Riddle had an amazing time attending Senior Space School, which followed a similar, but more intense, split week program. A particular highlight for her was a visit to Rice University as well as finishing second overall with her team at final graduation. Congratulations Amy!

One of the facts that impressed our girls was that astronauts went to the moon using the amount of technology that it now takes to store a mere 4 photos on a mobile phone! and, knowing that someone from their generation will be the first to travel to Mars!

Amy (left) and her second placed team at graduation

Summing up this amazing experience, Lucca said: "While we were there we did really cool stuff that you would never be able to experience anywhere else. It feels great to have done something unique that I will remember for the rest of my life. I feel very prividleged that going to Samuel Marsden gave me this opportunity."

Marsden welcomed Tegan Morrell to assembly last week to talk about the CASE Space School International Study Program and we are delighted to advise we will be offering this amazing opportunity again for girls keen to take 'one small step' for women ...! Applications will open in Term 3