Our sports and cultural awards evenings are traditionally highlights of our calendar later in the year when we recognise the girls who have achieved excellence in their chosen endeavours or have given outstanding service to Marsden’s co-curricular programme.

A brief outline of each of the awards is given below.
We encourage self-nominations as you are the person who knows your achievements best. If you are not sure which award you should apply for please discuss your achievements with our Director of Performing Arts, Sarah Wilson

After nominations have been received, a committee meets to determine the final recipients. You can nominate yourself, or someone else. Parents and coaches are also encouraged to submit nominations.

Colours are awarded for excellence and outstanding achievement.
In most cases the student will have represented the School in the top group for two or more years and must be studying at Year 11 or above.

The student must have been continually committed to the group in both practices and competition and must always display good team spirit.

Junior Colours may also be awarded to students in Years 7-10.
For Colours in Music, a commitment to school music must be shown.
Recognition outside of school is required for Colours to be awarded. This may include but is not limited to selection by audition into a regional music group or local production, or the winning of a prize or placing in an externally run competition.

Service Colours are awarded to senior students who have made an outstanding contribution to the cultural programme. This may be over one or more years during their time at Marsden.​​​​​​

Certificates of High Achievement are awarded to girls who have reached a high standard in their chosen activity but who have not fulfilled all the criteria for Colours to be awarded.

Honours Bars are awarded to any student in Years 7 – 13 who is selected in a NZ, age group, or development programme that competes or performs in an international event.

Involvement in a New Zealand event that does not actually perform may not earn an Honours Bar.

Any Year 13 student who has been part of an auditioned ensemble group for 3 or more continuous years, including in Year 13. This award recognises a long term commitment to a cultural activity.
Eg Altissime, school productions

The Speech Cup was first presented in 2012. At Year 11, all students craft and present a three to five minute speech on a selected topic for an internal NCEA assessment. Both content and delivery are considered equally in the marking criteria. Finalists are selected from the best speakers in each English class. The cup is awarded to acknowledge the skill of public speaking that the students develop during this activity.

This cup was presented for the first time in 2014 and is awarded to a Year 13 student who has shown talent in the performing arts during her time at school and who has the potential to carry this into her future. This cup has been donated by Jennifer Evans in recognition of her daughter Sophie, who excelled in dance at Marsden. Since leaving school, Sophie has pursued a performing arts career both nationally and internationally in dance, choreography and teaching.

This was a new award for 2016 that recognised Excellence in Debating. It is for a senior student who has shown ability in, and commitment to debating, through both her own team and by successfully coaching others, as well as encouraging its development throughout the school. It is presented by Ms Nicola McFaull, who has coached debating at Marsden from 2012 to 2016, with three of the teams she has coached making it into the finals. Nicola has also convened the WSU Junior Certificate Intercollegiate Debating grade and is an avid proponent of debating in Wellington.

This cup is to recognise and encourage students who show the potential for a career in the stage or screen arts, for example in production design, writing, digital animation, directing, producing, music composition, lighting, sound design, costuming. The Harcourt McKenzie Cup is given in gratitude to Marsden for the support the school offered Old Girls Miranda Harcourt (1972 — 79) and daughter Thomasin McKenzie (2013 — 18) who have had prominent careers in the screen industry nationally and internationally.

The Thurlby Cup is to be given to a Year 13 student who has participated in and contributed to the cultural life of the three Marsden Schools – Primary School, Upper School and Senior School. They may have a special interest in music, drama, or debating or public speaking, but do not necessarily represent the top achiever. They have participated, enjoyed and contributed to any or a number of cultural activities through their years at Marsden and they must have had years in all three schools. The Thurlby Cup was donated by Mrs Rosie Bowie in recognition of four generations of women in her family who have attended Marsden School, including members of the Heinemann, Arndt and Bowie families. Antonia Bowie was the most recent member of the family to attend the school, leaving in December 2004.

The Old Girls’ Cup for Cultural Involvement is presented to a senior student, usually in Year 13, in recognition of the special contribution as a performer, mentor, coach, or choreographer in their particular cultural interest. 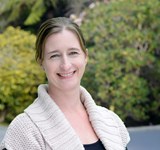