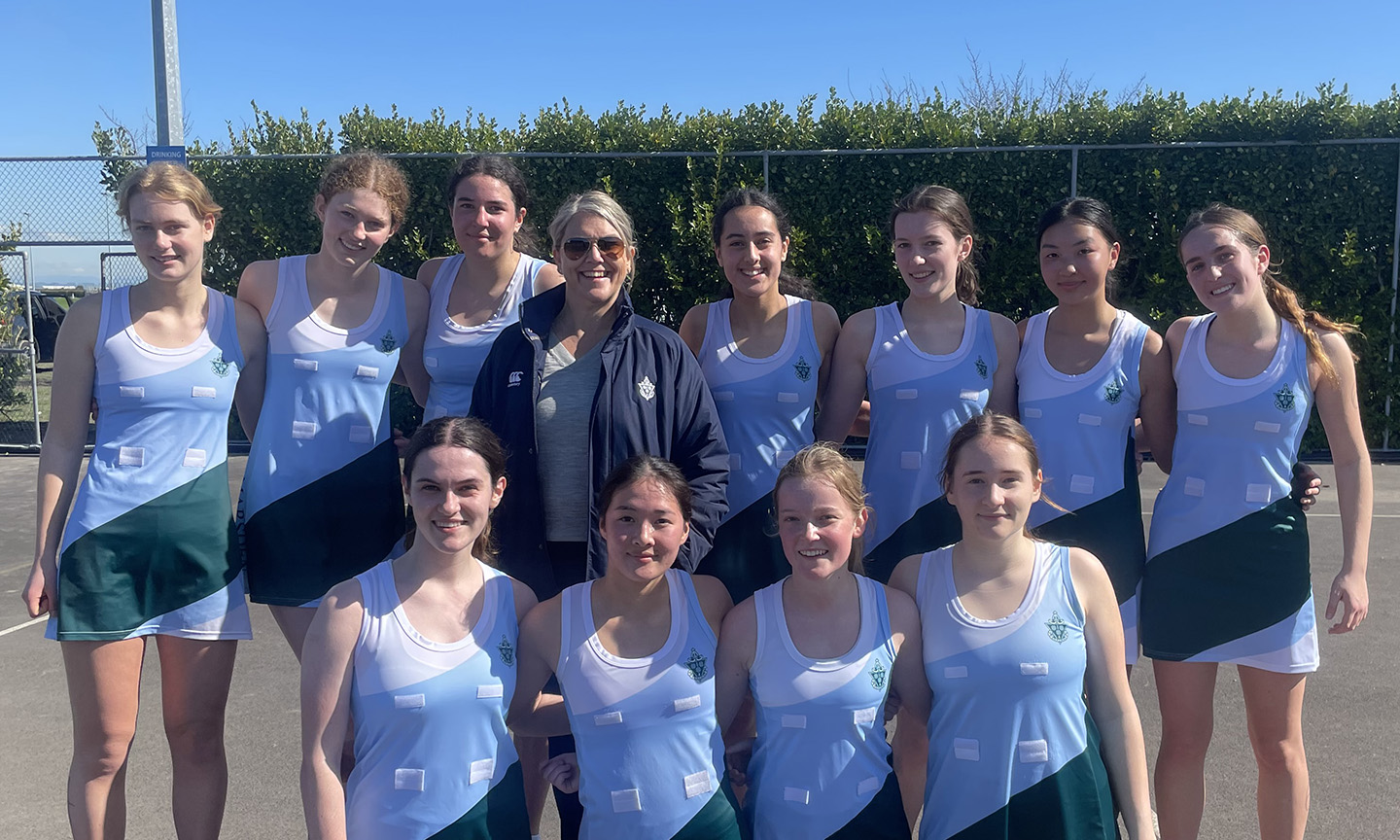 “Do the thing that makes your heart sing” is a phrase we hear often from Marsden Principal Paula Wells. And for her, sport is one of the things that makes her heart sing. Paula chairs School Sport New Zealand (SSNZ), formerly known as New Zealand Secondary School Sports Council, an organisation committed to making sure Kiwi students have the opportunity to engage with sport and reap its benefits.

Paula’s role on the board, like most, is completely voluntary and she is in her second term as chairperson. Her strong belief is that sport, or some activity other than school that sparks joy in young people’s lives, is fundamental to their overall wellness.

“I’ve had the privilege of experiencing all the joy that being involved in physical activity and sports brings. It means so much for a young person to be a member of a team, and in the highs and lows that all athletes experience there is a heap of learning to be had.”

Lately Paula’s involvement with sport has mainly been in governance. In her previous role, based in Taranaki, she was chairperson of the Taranaki Secondary Schools’ Sports Association. It was formed by a group of secondary school principals to deliver sport to high school students, with a particular focus on participation and enjoyment. That involvement led to Paula being elected to represent Taranaki, Manawatu and Whanganui on the governance board of the national body, SSNZ, and she continues her contribution in a seconded position having moved to Wellington to become Samuel Marsden Collegiate School’s 13th principal.

“SSNZ is representative of all regions across Aotearoa. We come together as a diverse group to be the guardians, or kaitiaki, of all that is good in school sport. Yes, we have a calendar of events, but we also fulfil an advocacy space. We partner with Sport New Zealand, the Crown entity responsible for governing sport and recreation in New Zealand, and national sporting organisations.

Reflecting on the past few years Paula acknowledges the challenges of Covid and the shifting framework throughout that rapidly changing time. “Due to the tremendous rate of change, we were often interpreting conflicting messages that would come out of various government departments and what the Sport New Zealand read on those was, and simultaneously liaised with national sporting organisations as to whether events could safely happen, and with what health and safety protocols. We had to consider where we sat as a sanctioning body, representative of our member secondary schools. There was a wide range of voices and conflicting comfort levels across the sector meaning we had to make some courageous calls. So that’s been interesting and challenging.”

Some of the hardest decisions SSNZ had to make go right back to 2020 when it was decided it was in everybody’s best interests not to hold Winter Tournament Week. Paula acknowledges the huge disappointment for many students at the time, but says that although they faced criticisms from some, by and large they had overwhelming appreciation from principals that someone else made that tough decision on their behalf. School leaders had enough on their plates.

However, things are now beginning to return to pre-pandemic normality. Winter Tournament Week kicked off on Monday for thousands of New Zealand students with events throughout the country. Paula says, “Young people need things to look forward to. Societally we have seen the effects of young people being in lockdowns and not being able to socialise in a way that is important to adolescent development. Over the early part of the pandemic we were making bold decisions to cancel that largely people were really grateful for, however later they were more grateful for the fact that we had done a complete flip and were keen to make sport happen for all the benefits that donning one’s school colours brings. We were prepared to acknowledge that things had changed and respond accordingly.”

SSNZ is currently rewriting their strategic plan and are enjoying a more representative and diverse governing body. “There is going to be much more of an acknowledgement of being treaty partners within the unique setting of Aotearoa, New Zealand,” says Paula. “We’re working with an external provider to support us in the rewriting of our strategy to better reflect our commitment to Te Tiriti and we’re also focusing on greater diversity and inclusion, and how we increase access for all. Our data is telling us that by the time young people get to the age of 16 they rapidly drop off in terms of their involvement in sports and physical activity, and within that data piece, girls specifically drop off even further.” To begin addressing that issue, Sport New Zealand has recently implemented the ‘It’s My Move’ campaign. “What they learned when they really unpacked the active recreation data is that many girls in that age bracket are still keen to be active, they just aren’t necessarily active in ways we have traditionally recognised or validated. So part of that campaign, which I was thrilled to contribute to, is understanding and acknowledging what healthy, active living means to young women and helping remove barriers to fitness and wellbeing.”

SSNZ is growing as an organisation in terms of what they understand their role to be based on what is being asked of them by not only the principal and school network, but also by national sporting organisations and by Sport New Zealand. They are constantly working in between all those spaces and continuing their mission to deliver leadership and advocacy for all involved in the provision of secondary school sport.

Young people in Aotearoa New Zealand are so fortunate that we live in an environment where we have wonderful facilities and the great outdoors on our doorsteps. And preparing rangitahi to live happy, healthy lives, not only while they are at school for all of the benefits we know school sport brings, but for life, is such a gift.

There is so much to be gained from young people getting some natural endorphins pumping through their bodies by being physically active, being with other young people, and in doing the thing that makes their heart sing.

Sport plays an important role in the life of most Marsden students. We have over 80 Marsden teams competing in 29 different sports around the region, and one of the highest participation rates in the country. Experts and elite athletes come in to help our sportswomen and their coaches improve their skills, and we support our top athletes in their ambitious goals.

As Paula says, “There is so much to be gained from young people getting some natural endorphins pumping through their bodies by being physically active, being with other young people, and in doing the thing that makes their heart sing.”

With Paula at the helm, we are certain that sport at Marsden will go from strength to strength.