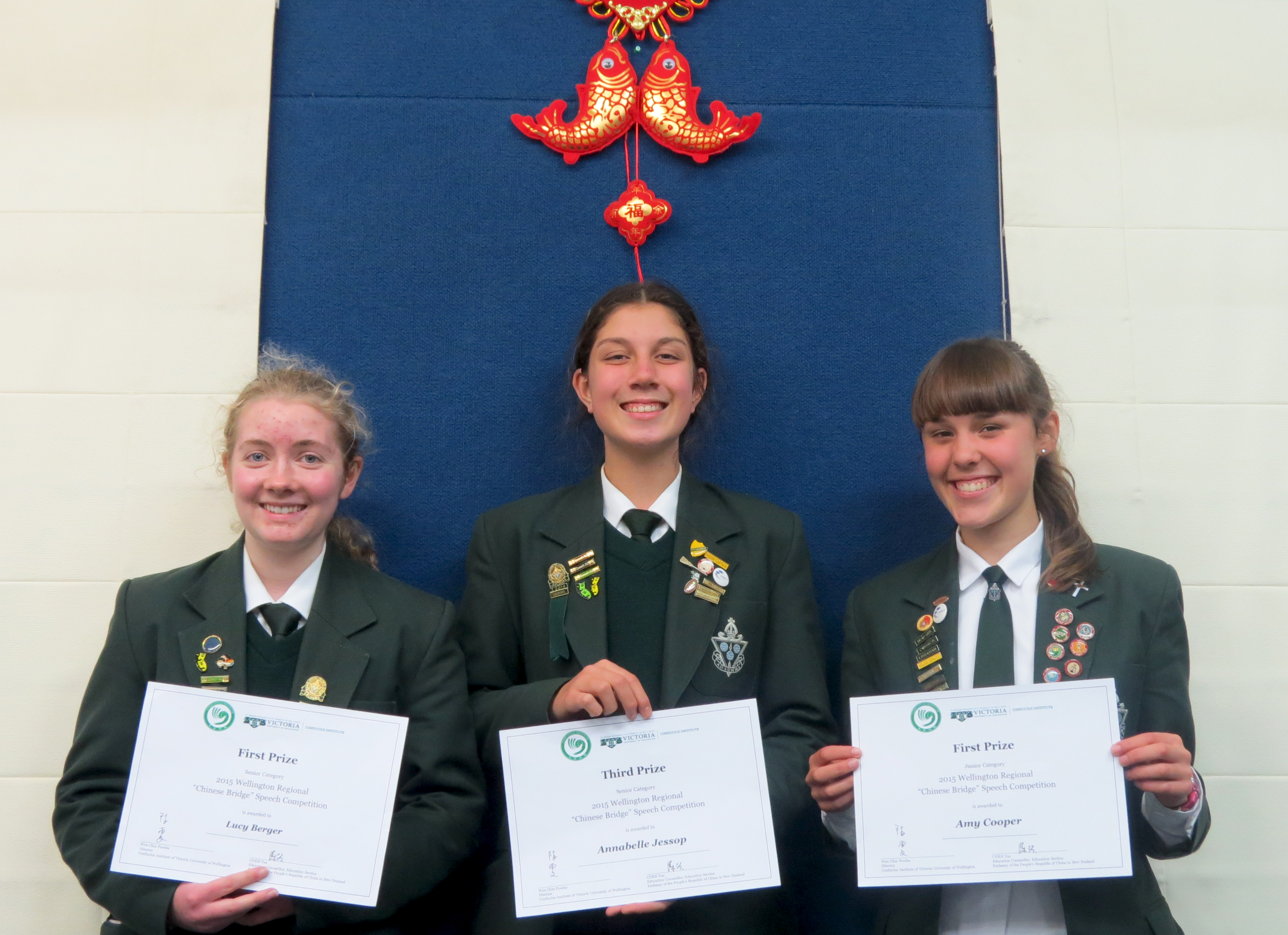 After their successful regional competition, our Chinese speech students went on to compete in the National Tournament in Christchurch over the weekend where they again performed outstandingly well.

Congratulations to Annabelle Jessop Y10 who won the senior category and Lucy Berger Y12 who was runner up. They will both represent New Zealand in the world competition in China later in the year. Annabelle also received $500 prize money.Amy Cooper Y10 was first in the junior competition and teacher JingYing Herrington was named national best coach for both junior and senior categories. This is an remarkable achievement and we wish Annabelle and Lucy every success for the world tournament.