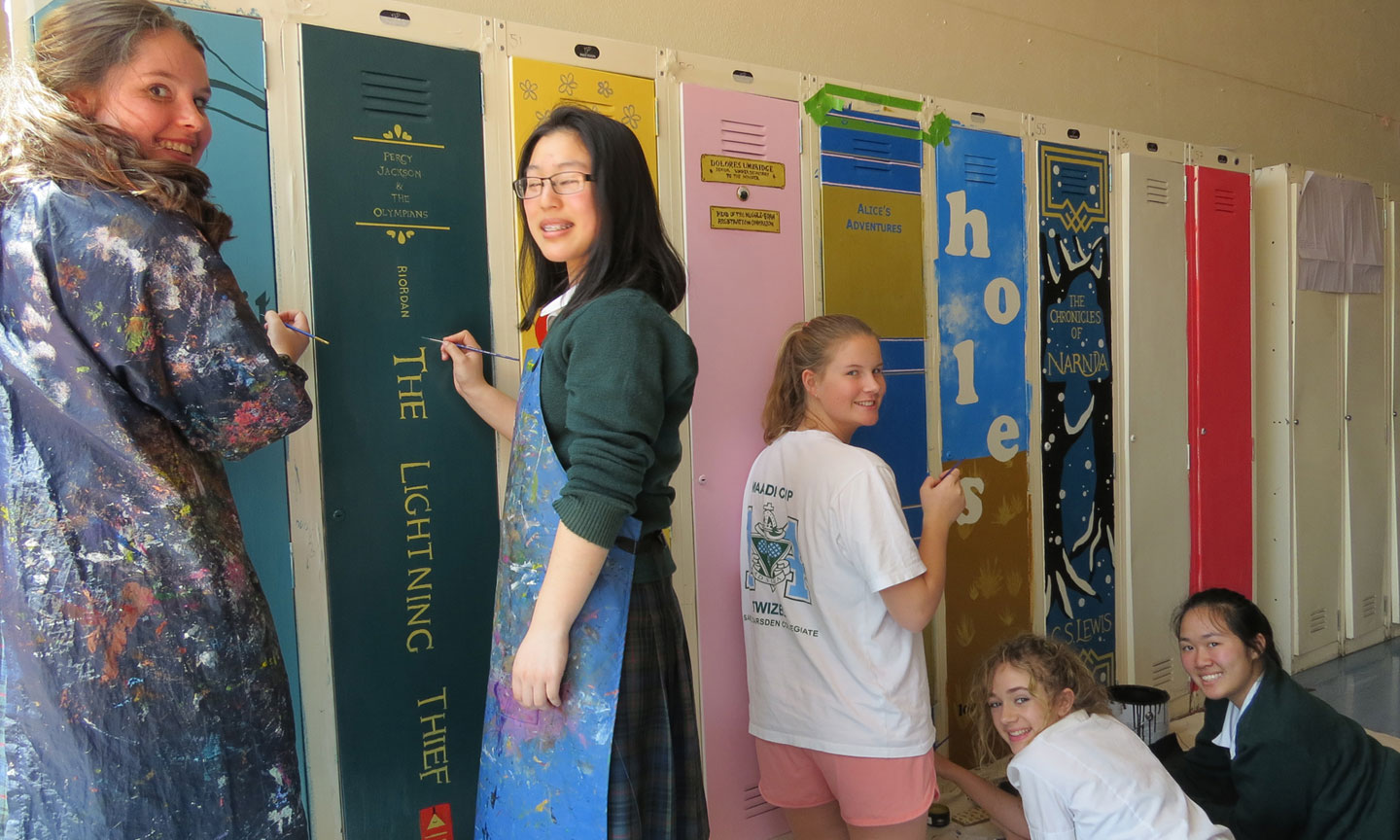 Year 11 Marsden students are spreading a little bit of magic through the halls with their book-cover-inspired locker paintings. A group of artistic students brightened up the cafeteria by painting replicas of the spines of their favourite books onto the school lockers during the holidays.

The idea came from Academic Director Margaret Adeane who thought it would be a fun experiment to gather some of the senior students to decorate lockers with the 'adventurous stories' they grew up with. The spines include JRR Tolkien's The Hobbit, The Chronicles of Narnia and Percy Jackson and the Lightning Thief.

Sizteen-year-old art student Ashley Parker explained how the girls had a lot of freedom when it came to the locker painting project. "We all painted the spine of a book, we got to do whatever book we wanted, in the end we all ended up painting a book that had meaning to us, whether it be a childhood or iconic book."

Not all of the artists actually take art as a subject at school - some were just inspired by their favourite fictional tales.

Grace Harvey hopes the painted lockers will inspire the younger students at Samuel Marsden.  "It adds a new dimension to the school, and we hope it encourages the younger girls to enjoy books as much as we do," she said.

The girls said they had a great time painting the lockers during the holidays. Overall it took them about a week and half - sometimes spending eight hours per day on the project.

"Even after all the amount of paint we had to scrub off our clothes we had a blast and reveled in the fact that we had made our mark on the school that we knew was going to be there for years to come," Ashley said.

This may not be last we see of the locker painters with Ashley saying some of the other plain white lockers may get the chance to be jazzed up this year.

"Ms Adeane said that if our work was as incredible as she had envisioned then she'd give us more lockers to work on in the New Year and our "Painting Crew" could come back again," Ashley said.

So watch this blank space.

"It adds a new dimension to the school, and we hope it encourages the younger girls to enjoy books as much as we do."