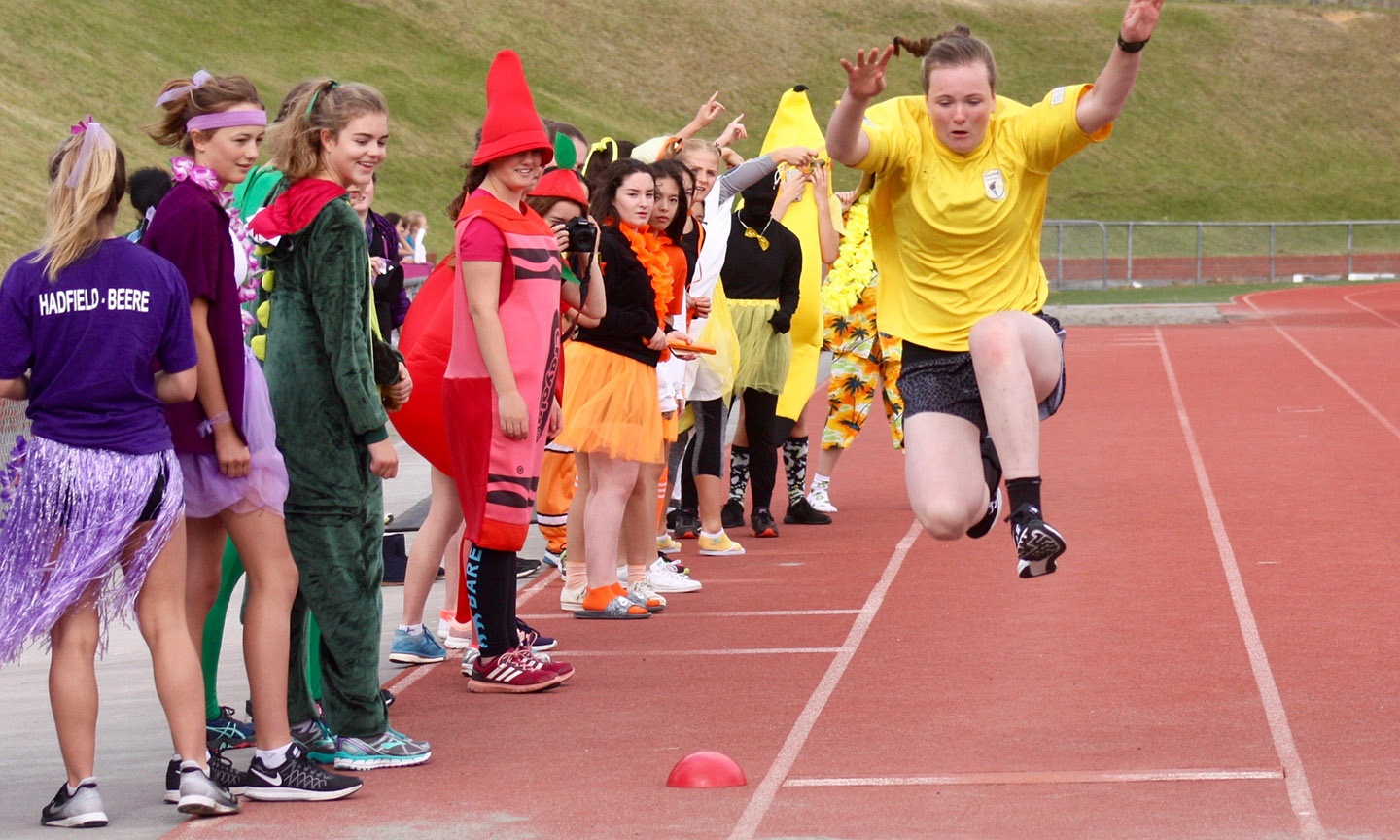 The weather stayed fine and spirits were high for our annual Athletics Sports at Newtown Park on Valentines Day. Every year we are amazed by the creative costuming that our Houses use to rally the troops and this year was no exception! But don't be fooled, there's good competition going on at each event, records were broken and we are excited to announce the top results for 2017:

Johnson 2017 runners up in the House competition

Swainson-Riddiford win the 2017 March past

Congratulations everyone for a fun and fabulous day.