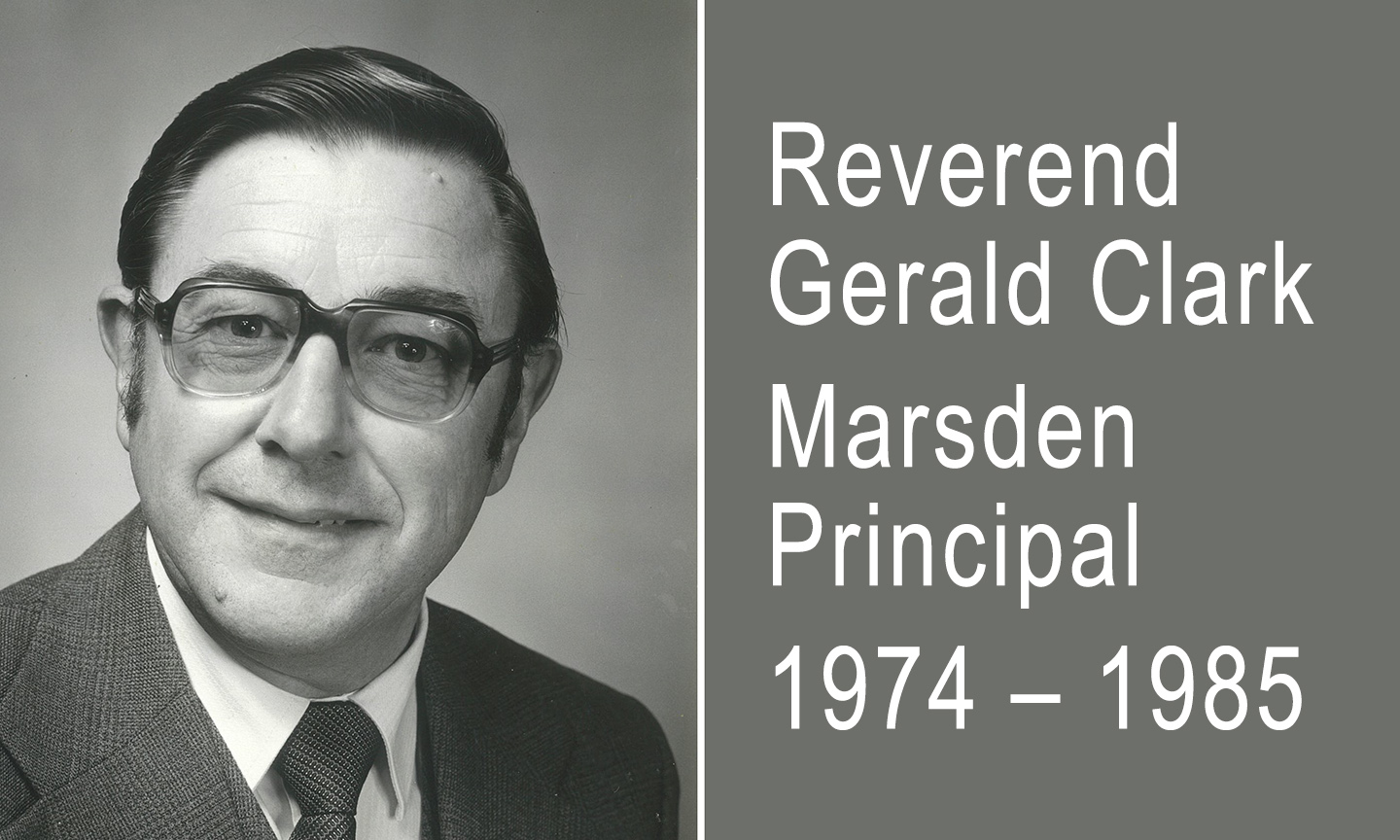 We are saddened to hear of the recent passing of Reverend Gerald Clark in Napier. He was Marsden Principal from 1974 until mid-1985.

In the 1970s several independent girls’ schools had male Principals so the appointment of the Reverend  Gerald Clark to lead Marsden was not unusual. He had run a Christian boys boarding School in Tanzania, after which he and his family went to England where he completed his MA in History. On returning to New Zealand he was HOD of Mathematics at Tamaki College before arriving at Marsden. He steered the school through the Integration debate, brought his organisation and business skills to the school’s administration, taught Mathematics and unpacked our first computers in 1983 (Macs) and shared love of music with students and staff.

On leaving Marsden in 1985 he and his wife Noeline moved to Napier where he continued to promote independent school education through the ISNZ before continuing his Christian ministry. Assisting in various parishes in the Napier area.

The Marsden Community sends our heartfelt condolences to his wife Noeline and family.

May he rest in peace.