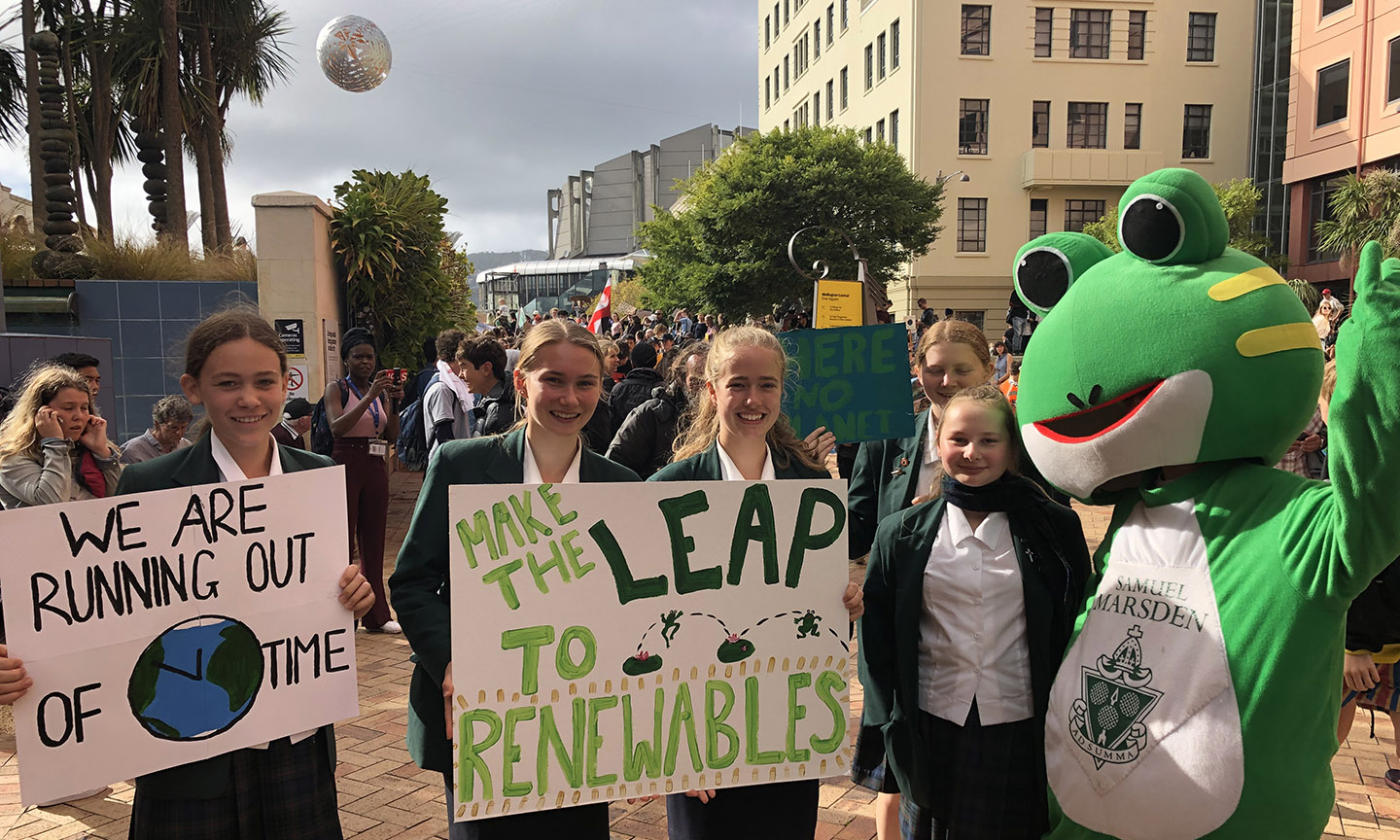 Climate Change is a burning issue for us all and we applaud the concern shown by young people for the future of our planet.

Marsden had student representatives at the ‘School Strike 4 Climate NZ’ on Friday, joining thousands of concerned students around the country and the world marching for change. They are calling on the Government to do more to reduce global warming before higher temperatures and rising sea levels have disastrous consequences. Among their many climate concerns, they want a zero carbon act to make NZ carbon neutral by 2050, cessation of all fossil fuel extraction, greater investment in renewable energy alternatives and new regulation of the agriculture industry.

MPs James Shaw, Nicola Willis and Grant Robertson addressed the crowd. James Shaw said the Government was committed to passing the zero carbon act this year. He said the bill would form targets to cut NZ's climate pollution and he urged students to maintain the momentum: "Keep holding us to account. It is only because of you that we are able to do the things that we need to do, this year, to fix this thing."

Sophie Handford, the coordinator for the day of national action said the number of students who attended the Wellington protest exceeded all expectations "There are so many people here, it's incredible. Every single one of these young people here today is playing a key part in democracy."

The School Strike 4 Climate Action movement began in Sweden in August 2018 when 15-year-old Greta Thunberg missed school to protest outside the Swedish Parliament holding a sign that read: 'School strike for climate'. Since then it has grown into a worldwide collective. Greta Thunberg has been nominated as a candidate for this this year's Nobel Peace Prize.

We are so impressed with our students' urgency and awareness that we need to save the planet.  Our Year 7 girls have been learning about sustainability and took to the Karori streets on Friday to show their concern in a peaceful lunchtime protest.

We also had a very successful school-wide 'no packaging lunch day', and welcome all efforts to help us achieve our sustainability goals.

If we each make small changes, together we can achieve something BIG.