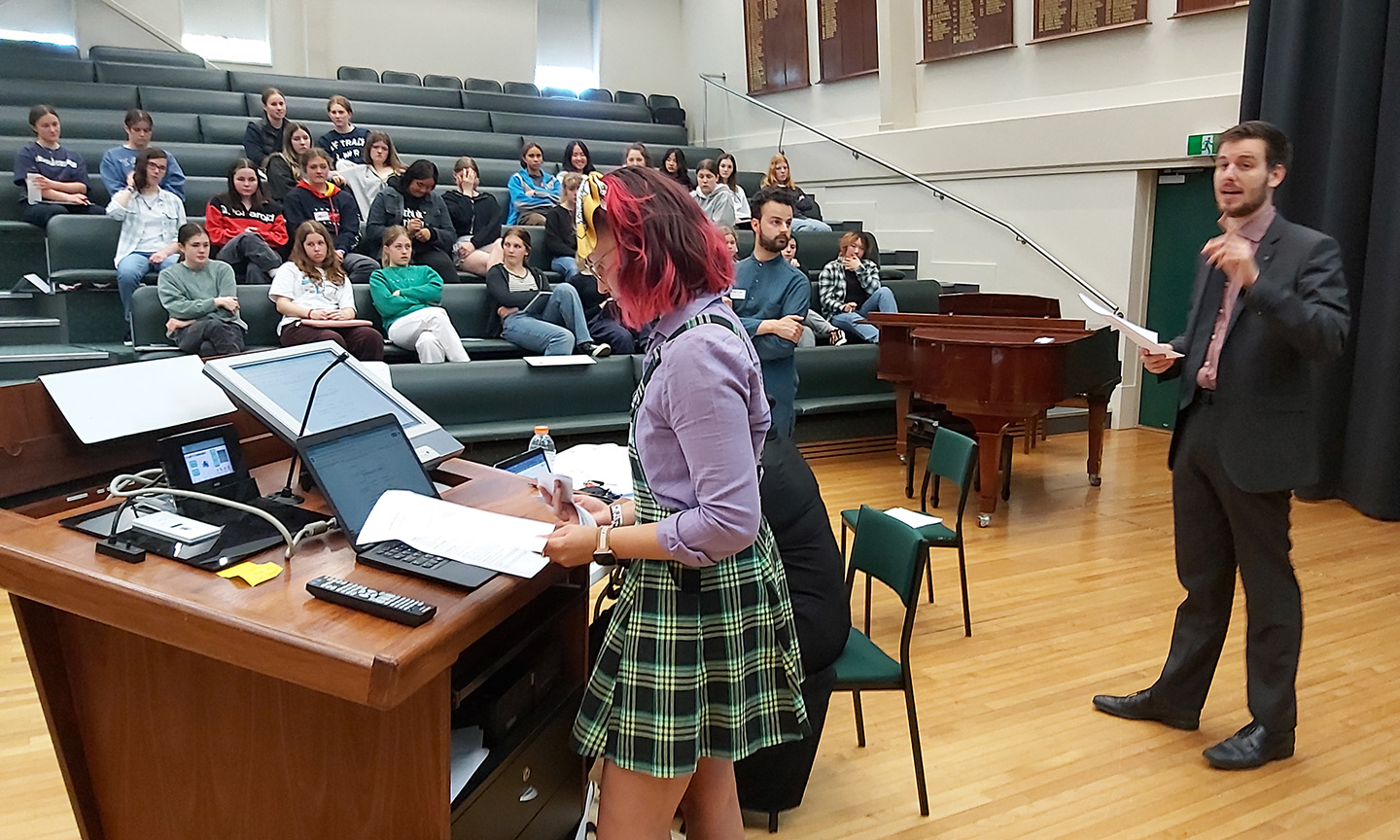 Students were divided into groups and given a country that they were to represent. They researched that country's attitude to nuclear power and weapons, and then represented that country in a simulated General Assembly meeting based around a resolution promoting nuclear non-proliferation.

Students worked to create alliances with other countries who shared their views, suggest and debate amendments to the resolution, and finally vote on the resolution. In the middle part of the day they were divided into teams representing the governments of North and South Korea and took part in a simulation where they sought to negotiate the reunification of the two countries. In one of the simulations they even managed to agree on that unification!

The teachers involved were really pleased with how engaged students were with the event and the high standard of their contributions.