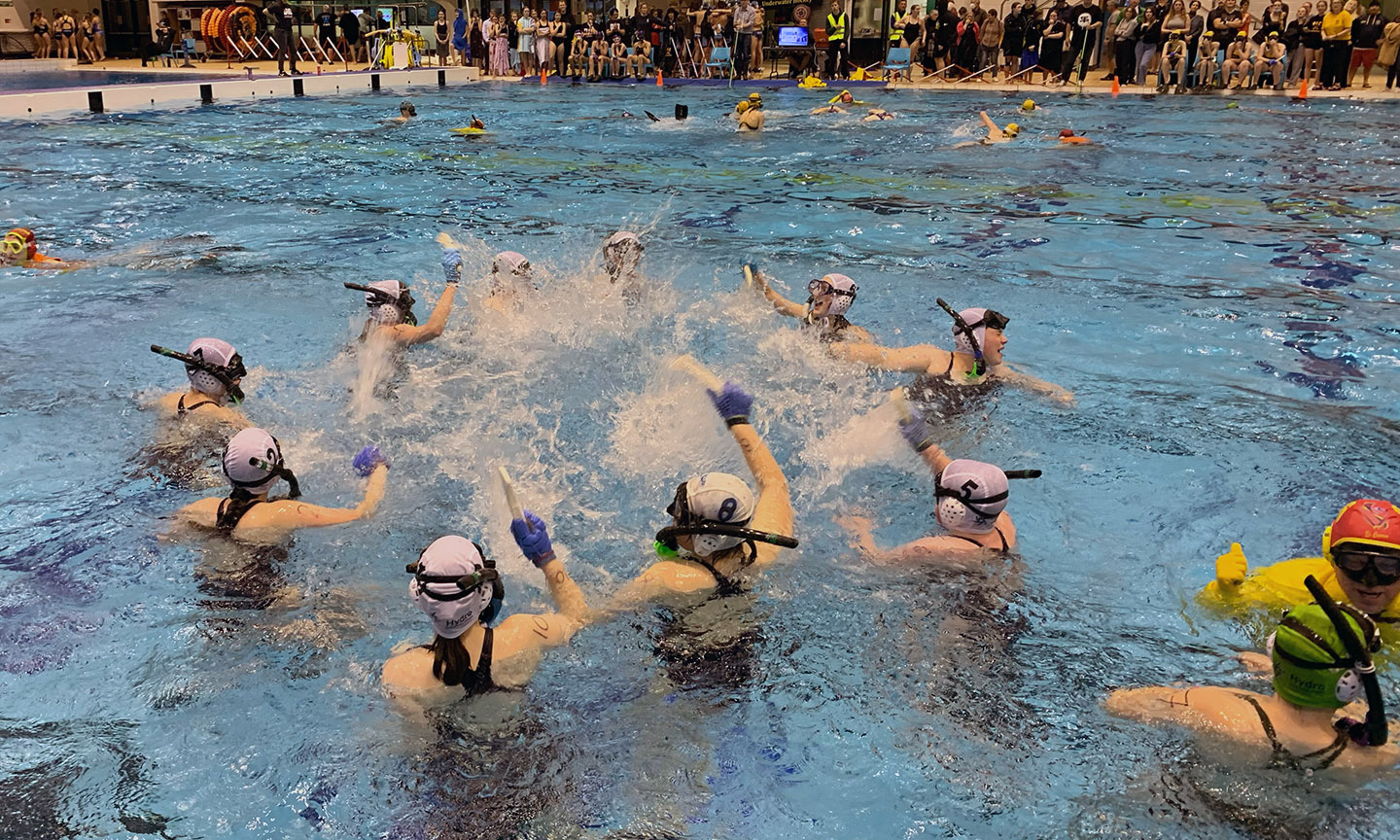 One of the team’s coaches, Abby Burdon, won the Top Coach Award. Also taking out a top award was Marsden Vice-Captain Jade Stapleton, who was named MVP and selected for the Tournament Team as one of the best players of the tournament.


Jade said of Marsden’s win, ‘Six out of our eleven players were on the junior team that won in 2019, so for those of us who won this year after two years of cancelled tournaments, this has been really special — especially since, for most of us, this is our last year of school-league hockey. Abby has been with us for five years, and  winning the Top Coach Award after so much dedication was the perfect way to end this journey. She deserves it so much. She and James Keating have been at the pool every day of the week this past year, and with such a ridiculously tight Senior Girls grade this tournament (we tied with a team that ended up coming 5th) it's pretty obvious we needed every minute of that time to win. We're so incredibly grateful to them both.’

This year’s tournament included teams from 19 schools and there were 10 schools in the Senior Girls division, including Hutt Valley High School, Wellington Girls College, and Wellington East Girls College. Often not considered a spectator sport, this year’s championship was live streamed with Go Pros for fantastic footage visible to spectators on a huge screen. It can still be downloaded on YouTube by searching UWHNZ. Team manager Natasha Kenyon said there was a huge turnout of support for Marsden with staff, parents, students and former teammates all coming poolside to cheer them to victory.

The players are the reason why we coach. It's rare to find a group of young kids that are all best friends, who want to excel in the sport and are so dedicated to training to be better as a team.

Having won as juniors in 2019, then facing the challenges of Covid cancellations, it was not always easy keeping motivation high and finding opportunities to train was sometimes difficult. However the team was undefeated all of last year and have gone through again this year undefeated. Coach James Keating says, ‘After winning Junior Girls Nationals in 2019, which by the way was the first time a Wellington team had won it since 2003, I think the girls wanted to prove that it wasn’t a fluke and they could do it again.’  He went on to say, ‘The players are the reason why we coach. It's rare to find a group of young kids that are all best friends, who want to excel in the sport and are so dedicated to training to be better as a team. They are at the pool five days a week and still excelling in school. They are exceptional leaders and role models and the seven Year 13s will be sadly missed at the end of 2022.’

Team captain Mila Smith says ‘Through the sport of Underwater Hockey, our Senior Girls team has become a family. We encourage and support our teammates in everything we do, as well as have each other’s backs both in and outside of the pool.’

On becoming national champions, Marsden Principal Paula Wells said  "We're incredibly proud of our champion Underwater Hockey team, not only for winning the national title and for being undefeated all season, but also for their positivity, enthusiasm and commitment. This special group of athletes, superbly coached and managed by hardworking volunteers, demonstrated quintessential Marsden grit and grace throughout their season, culminating in this successful national campaign. I'm thrilled for them."